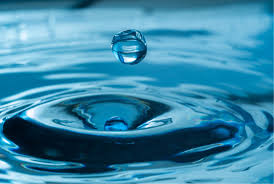 It is called Ooho and is presented as an innovative alternative solution to the classic plastic bottles and to mitigate container contamination. It consists of “spherified” water in a fine ecological and edible membrane that allows drinking without generating waste. And behind it there is an important Spanish touch. One of his co-inventors is Rodrigo García González who, together with his partner Pierre-Yves Paslier and a team in London where other Spanish designers are also, wants to revolutionize the world of bottled water with Ooho.

Its edible spheres are based on a technique already known and in fact popularized in the world of cooking by Ferran Adría, spherification. Ooho uses a double membrane to contain water based on two ingredients: sodium alginate, a natural thickener (E-401) from algae and calcium chloride (E-509). Both compounds combined generate a transparent gel wall, but solid enough to conserve liquid inside. In addition, its materials are much cheaper than plastic, so its manufacture is almost low cost. And of course you can eat.

The design and concept of Ooho have already won numerous awards and their spheres have even been used in various events. Now they want to market them to try to help reduce the environmental impact generated by plastic bottles. Although some voices point out that their ability to be an alternative is limited because the spheres degrade in a few days. But

Behind this idea is Skipping Rocks Lab, a company co-founded and co-directed by the Spaniard Rodrigo García González, along with Pierre-Yves Paslier. And the team also includes other Spaniards such as industrial designer Eugenio Pérez de Lema and chemical engineer Manuel López Romero.

Rodrigo García González is an architect and designer born in Vitoria and trained in Madrid, but also in India, Canada, Chile and the United Kingdom, who defines himself as an “creator” or multifaceted creator. His are also inventions like HOP !, the suitcase that follows its owner via bluetooth and with which he won the James Dyson Award or a system of construction of structures with plastic bottles. In this video, he explains how the idea of ​​creating Ooho came about and how they hope to help change the world of bottled water.