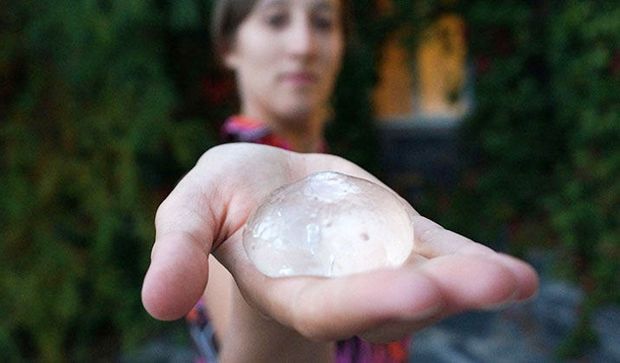 Bearing in mind that 1.9 million plastic bottles are used daily (especially those that store water), a team of researchers from the London company Skipping Rocks Lab wanted to revolutionize the “packaging” by manufacturing a small container, Biodegradable and edible in the form of water bubbles. But is this a possible solution to the global supply problem?

The team was based on a culinary technique known as spherification. This, which consists of forming a liquid in spheres that visually and textually resemble caviar, was patented by Unilever engineer William Peschardt in the 1940s and introduced into modernist cuisine by Spanish chef Ferran Adrià. So, Ooho! apply an evolved version of the spherification to one of the most basic and essential elements for life, water.

The spherical container is made of a membrane based on chlorine, algae and calcium, the content of which can hold up to 50 milliliters of water (the ideal volume to quench thirst without overfilling, according to its creators). Its designers, the Spaniard Rodrigo García González, and the French Guillaume Couche and Pierre Paslier, say that their goal is “to provide the comfort of water bottles while limiting the environmental impact”, since it is enough to make a hole in the surface and then sip the water inside. When finished, the user can decide between eating the container or throwing it away, and since it is biodegradable, there is no harm to the environment.

In this video, Rodrigo García presented Ooho! In 2015 at the flagship event of X-the moonshot factory held in Berlin:

All this represents a huge advantage over the bottled water sector, whose manufacturing and transportation requires oil (a non-renewable resource), and where its industry seeks new ways to respond to consumers’ concern about the environmental impact of water bottles. ; but it doesn’t stay there; Thanks to its characteristics (cheap, resistant, small, edible and biodegradable), not only many people could do it in their homes, but the manufacture of it at industrial scales by an entity, company or NGO, could bring water to those parts of the world where this basic good is scarce.

The recipe for this invention, which won the 2014 Lexus Design Awards and was presented to the world last April 8 in Italy during Milan Design Week, is free. This means that any entity (public or private, with or without profit, governmental or not) can use it and, together with its resources, could have in its hands the solution to the world’s water supply.

There are many factors to consider when bringing water to countries with great difficulties in water supply, and it may not be as easy as it sounds. But this drop of edible water may also be a small step towards solving global water supply problems. “A small step for man, a great step for mankind.” Or was it not?